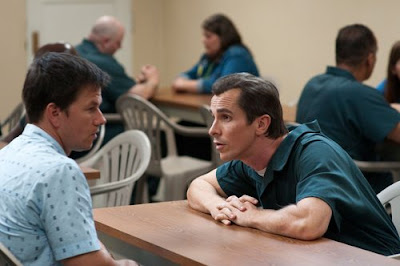 The Story: The true story of welterweight boxer Mickey Ward from Lowell, Massachusetts, who foolishly puts his career in the hands of his crackhead older brother and short-sighted mother. Only when the brother goes to prison does Mickey, with the encouragement of a tough new girlfriend, decide to finally get serious about his career. But just when he gets his shot at the big time, his brother gets out and insists on retaking control.

Why This One: Everyone who’s seen this on has loved it, and I’m no exception. David O. Russell finally delivers on his early promise and then some, Bale does what he does best, Adams is shockingly good playing totally against type (she gets to throw some punches herself!), and Wahlberg quietly reminds us how great he can be in the hands of a great director.

Rules It Drove Home:
By Matt BirdBest of 2010, Best of the Year1 Comment
Read more... 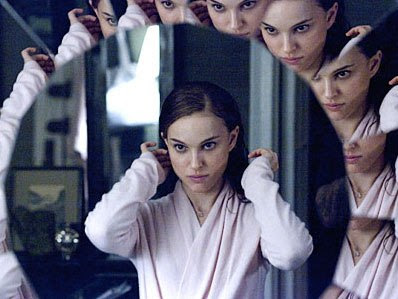 The Story: A high-strung ballet dancer (Natalie Portman) gets the role of a lifetime, the lead in Swan Lake, on one condition: she still has to convince her abusive director that she can play the darkly sexual black swan as well as the delicately asexual white swan. Having already pushed herself beyond human endurance to get to this position, she inevitably snaps under the newfound pressure and begins to lose sight of the line between reality and madness. Does her newfound rival within the company (Mila Kunis) actually exist or is she just Portman’s imaginary dark doppelganger --or is she a little bit of both?

Why This One: I don’t have to be so defensive about this one, since it’s been widely acclaimed. It’s got a genius performance by Portman that’s sure to win an Oscar and it also catapults Kunis into the ranks of serious actresses. Aronofsky sees this as a direct follow-up to The Wrestler, one of the best films of last year, and he finds several sly parallels between the two worlds, even though one setting is the snootiest of the high brow, and the other is the lowliest of the low brow: in both cases, the performers are asked to brutalize their bodies beyond reason but pretend that all they’re doing is putting on a show. In both cases, there is no good future for those that the profession has used up and spit out. And in both cases, the hero Aronofsky chooses is determined to leave the stage on their own terms, no matter what the consequences.

Rules It Drove Home:
By Matt BirdBest of 2010, Best of the Year0 Comments
Read more... 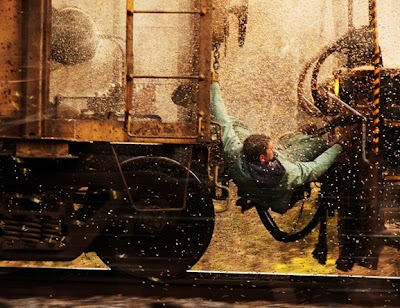 The Story: An old-hand railroad engineer (Denzel Washington) has to train in a new kid (Chris Pine), and hide his resentment that the company is forcing the older, better-paid guys out in favor of cheaper, inexperienced, by-the-book new guys. During their training session, a series of freak accidents results in an unmanned train plowing towards them at full stream. Once they get out of the way, they realize that they have a risky chance to chase after it and stop it themselves before it derails in the middle of a large city --if they can learn to trust each other along the way.

Why This One: I saw the trailer and rolled my eyes, but I turned to Geoff and said, “you know, forty years ago, that story could have been the basis for a good movie.” Then it came out and unexpectedly got great reviews so I tentatively decided to give it a shot. It blew me away! Many years previous, Denzel and director Tony Scott had made one of my favorite all-time thrillers, Crimson Tide, but more recently they had turned in a long series or turds, the most atrocious of which was their spastic remake of The Taking of Pelham One Two Three. This was another train movie which mainly consisted of Denzel talking on the radio, so there was no reason to expect this one to be any better, but I guess that everybody just decided to care this time. And Chris Pine shows that the charisma he brought to Star Trek was no fluke. This guy could turn out to be the real deal.

Rules It Drove Home:
By Matt BirdBest of 2010, Best of the Year0 Comments
Read more... 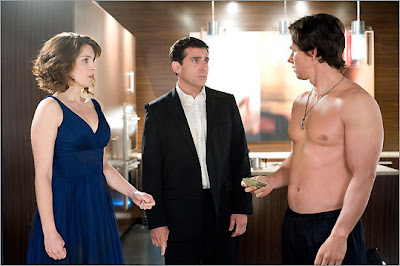 The Story: A boring New Jersey married couple decide to head across the river to big bad Manhattan for a “date night”. When they get denied a table at a hip restaurant, they claim another couple’s reservation, but it turns out the people whose names they borrowed are wanted dead by the cops, the mob, and half of New York. To survive the night, they have to bluff their way out of several hairy situations and ultimately expose a huge conspiracy.

Why This One: This movie got pretty good reviews, but I haven’t seen it on any other year-end best lists. Why did I like it more than most others did? Partly because this was the only movie I enjoyed in the theater for the entire first two-thirds of the year, and for that I’m still grateful. What I admired most about was its elegant structure, which helped me look past its sometimes-clunky execution. Of course, a big part of the appeal for me was just old-fashioned star power. I already adored Fey and Carrell going in, so all they had to do was deliver on those good feelings, which they did in spades. These are simply two extremely talented and likable comics.
The Rules It Drove Home:
By Matt BirdBest of 2010, Best of the Year3 Comments
Read more... 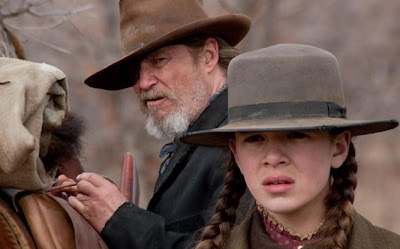 Hey gang, I survived the blizzard and I’m back! (Ours was one of the last cars allowed over the George Washington Bridge before they shut it down, then we stayed up until 4am digging out a parking space and removing the 4 feet of snow that blocked our front door). Let’s get back to it...

So we’ve almost reached the new year which will be the one-year anniversary for this blog. I used this year to rewatch a lot of my favorite movies from the past and think about storytelling rules. One thing I haven’t done is watch a lot of new movies or talk about them on the blog, but this week, we’ll break format a little bit.... Most years, I watch a lot of artsy-fartsy independent and foreign films and make a year-end list of movies that nobody’s heard of. This year, since I was trying to train myself to write something I could sell, I watched a lot of Hollywood movies, where I sought to test my newfound ideas about popular storytelling. So let’s end the year by counting down my personal top five Hollywood movies of the year and how they reflect some of the ideas I’ve been tossing around.
#5 Favorite Movie of the Year: True Grit

The Story: A strangely articulate and hardheaded fourteen year old girl comes to town to hire a federal marshall to help her track and kill the man who killed her father. She hires a fat, one-eyed monstrosity named Rooster Cogburn. They come to respect each other over the course of their quest.
Why This One: I saw this one over Christmas and it knocked Toy Story 3 out of the #5 slot. The Coen Brothers, who have just about become the grandest grand old men of American Cinema, indulge themselves in a remake, sticking truer (from what I hear) to the text of Charles Portis’s 1968 novel than the 1969 movie version, which won John Wayne his only Oscar. They more than justify their choice by retelling this simple story beautifully, combining stunning imagery, meaty dialogue, and great performances.

The Rules It Drove Home:
By Matt BirdBest of 2010, Best of the Year2 Comments
Read more...