Know More Than You Show

Rulebook Casefile: Know More Than You Show in “Get Out”

The biggest difference between the script and finished film of Get Out is the opening scene. The scene is shorter and more unclear in the final film. I suspect it was actually darkened in the editing room. In both my viewings, I didn’t notice that the kidnapper who drags the guy into the car is wearing a knight’s helmet! It’s just too unclear to really make out.

(Also, because the scene is dark and brief, I didn’t notice that the guy who gets kidnapped is the same guy we meet at the party later. If I had been more familiar with the actor LaKeith Stanfield at the time, I probably would have recognized him both times, and it would have given me a lot more information while I watched, which would not necessarily have improved my viewing experience, but it’s hard to know. In his commentary, Peele admits that he was deliberately playing with a white audience’s inability to be sure if they’re looking at the same black guy or not)

We don’t get a good look at the helmet until Chris is escaping from the house at the end and finds it on the passenger seat of Jeremy’s car. At that point, if we don’t recognize it from before, it’s just a humorously odd detail that gets a quick laugh in the middle of a chaotic action scene: These people are nuts! (If we do recognize it, we realize that Rose has been carefully seducing black guys but Jeremy has just been putting on a helmet and grabbing them from the street) 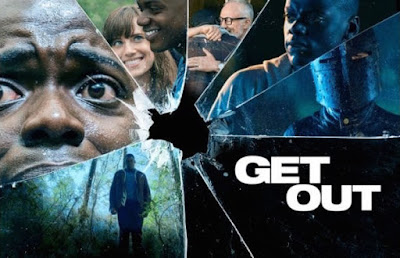 But then look at the posters for the movie: There’s the helmet! As with the deer in the trailer, Blumhouse was looking for unique imagery, and found the movie lacking, so they latched onto this odd detail to help them with the marketing.

So what’s the deal with the helmet? Is it an important part of the movie, or just a gag? It’s only once you listen to the commentary that you realize that the helmet is the key to a whole thing! Some snippets:


This brings us back to another old rule: Know more than you show. That backstory is ludicrous! Thankfully, none of this made it into the movie. As with Us, it’s better if you don’t think about it that much. It’s good that Peele is thinking about it, but he knows better than to share it, unless you listen to the commentary (and even then, he spares us that second commentary.)
By Matt BirdConcept, Get Out, Know More Than You Show, Rulebook Casefile1 Comment
Read more... 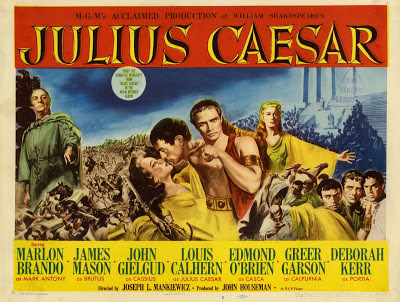 You’ve probably heard before that you should withhold elements of the plot and backstory, but it’s not often pointed out that you should also play keep-away with your theme.

I’ve mentioned before that I disagree with the oft-repeated advice that you should have a wise statement of philosophy on page five.  If you’ve done that, you should delete the scene, and maybe replace it with a misguided statement of philosophy that will get replaced much later, shortly before the climax.  I’ve also talked about how, if you have a character who asks the thematic question early on, then it’s good to interrupt them before they can get an answer, because the story itself should be the answer.

As with character and plot, this is hard to do.  You’ve got something to say, and now you want to say it …but you have to stop yourself.  You don’t actually want your audience to hear it, you want them to feel it.  And they’ll only feel it if they’ve been allowed to draw their own conclusions.

The meaning of a movie is created not by the composition of the shot but by the opposition of the cut. It’s no accident that the inventor of most powerful cinematic cutting techniques, Sergei Eisenstein, was such a fan of Georg Hegel, who believed that new ideas could only emerge from the collision of old ideas.  Eisenstein knew that butting two contrasting images against each other created more meaning than any one shot could on its own.

It’s tempting to process your own conflict and then present your audience with a finalized synthesis, because that way you can carefully control what their takeaway will be, but there’s no point, because they won’t care.  Instead, present them with a thesis and an antithesis, slam them against each other, and let your audience do the rest.  Force them to synthesize it, even if that means that they might reach a different conclusion than you would.

What were Shakespeare’s politics? Did he agree with Brutus or Marc Antony?  Prince Hal or Falstaff?  No one knows.  His plays are filled with huge ideological conflicts but few definitive statements.  He gives us a thesis and antithesis and leaves the synthesis to us.  That’s why he’s immortal.
By Matt BirdKnow More Than You Show, Theme2 Comments
Read more... 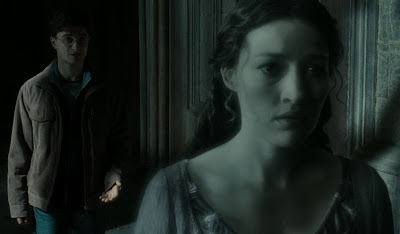 I don’t use the word “plot” very often, because I prefer to talk about structure, but there is a difference.  “Plot” refers to everything that happens, from start to finish, including everything that happens off screen, whereas structure refers to the story as experienced by the audience.  Obviously, since I’m audience-focused, I tend to focus on the latter, but it’s important not to blur that distinction.

I’ve said before that explaining the plot is not your characters’ job: the obstacles and conflicts, external and internal, should be visibly apparent, without forcing your characters to explain them to the audience.  But now I’ll go further and point out that your audience should never really know the full plot.  As with character backstories, you need to know more than you show.

You’ve created this big, beautiful story, and now you want to show it off …but you can’t.  Your audience doesn’t want to be toldyour story, they want to figure it out.  The second that they understand everything that’s going on, they’ll lose interest.

I’ve mentioned before that I always ask people who don’t finish what I sent them where they stopped reading.  Likewise, whenever I start writing something and don’t finish it, I go back to check where I stopped writing.  As I mentioned here, it’s often about the halfway point.  Why?  Because that’s the point where I’ve finally laid everything on the table.

This seems counterintuitive: I’ve spend the first half assembling my characters and plot elements, and now that everything is in place, we’re off and running, right?   Wrong.  It means the story just died.

Not only do you need to have an overarching dramatic question that is posed at the very beginning and answered at the very end, but you need to have lots of additional mysteries propelling each scene forward into the next.  The reader is always looking for excuses to quit reading, just as you the writer are looking for excuses to quit writing.  The perfect set-it-down place for both of you is the moment when everything finally makes sense.

Don’t get me wrong, you need to have a logical and cohesive plot, but also you have to hide some of that cohesiveness from your readers.  They do not want things to fully cohere until the very end.

Sketch out your whole plot, then figure out which facts it would be most compelling to withhold from your audience.  First cut it down to just what they need to know, then cut it down even more.  Give them just enough to fall in love with the story, but withhold the crucial plot elements that they’ll crave.
In short, make your audience participate in putting your story together, rather than passively receive the information you’re ladling out.

Obviously, this can go very, very wrong: “Lost” and “Battlestar Galactica” never cohered and their audiences were infuriated (even through they’d been thoroughly entertained for most of the journey...)

J. K. Rowling, on the other hand, did a much better job with the Harry Potter saga: A big part of the thrill of that series came from the fact that she had obviously figured out the entire, massive history of her world, but she wasn’t going to reveal each aspect of it until we desperately wanted to know it.  Unlike with “Lost” and “BSG”, most Potter fans felt tremendously gratified by the final picture that had emerged by the end of the last book.  (And it’s worth pointing out that, even at the end, she still knew more than she ever showed, as one shocked Q and A participant found out.)

Next, we finish up with theme…
By Matt BirdKnow More Than You Show6 Comments
Read more...

Matt Bird2013-03-03T17:00:00+00:00
There are certain rules that I’ve frequently referenced indirectly on this blog but never explored in their own rite.  One of those is “Know more than you show.” Let’s spend this week breaking it down into three parts, starting with character: 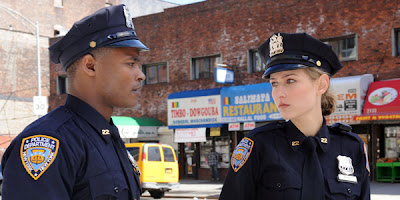 Some gurus such as Syd Field insist that you know every possible fact about your hero, all the way back to where his or her grandmother went to college.  I would argue that you should be more focused on your hero’s present and future.  If you actually take the time to list out 500 facts about the past, then you might run into a few different dangers:
Instead, I usually suggest that you should just focus on those aspects of your heroes’ backstories that generate their metaphor families, whether that happens to be their home region, past job, current job, or developmental state (kid, teen, parent, etc.)

But, with all those caveats out of the way, it can, in fact, be a useful exercise to write out a full bio of each character, as long as you understand that you should never show all that you know.  Just because your heroes have baggage, doesn’t mean that they should take it out of their overhead bin during flight.

One of the advantages of writing of a bio for your characters is that it allows you to search for new ways to bond with them.  Give your characters gifts from your own life until they come alive in your head.  Don’t assume that backstory will get your audience to fall in love with the character, but do anything you can to makes sure that you fall in love, even if your audience never knows why.

Even when you’ve cut out unnecessary backstory, there are other ways to know more than you show when it comes to character.  Beware of moments that perfectly sum up a character’s personality, all in one scene.  Ironically, this might be the scene that made you want to write this story in the first place, because it made the character instantly come to life in your mind, but now it’s time to kill your darlings and cut it, because you don’t want a character that can be summed up in one scene.

The audience doesn’t want the whole package neatly laid out before them: they want to piece the character together out of different parts.  A great character is compelling because we are compelled to find out more about him or her.   That’s not true if the character is neatly summed up right away.  This also applies to plot, which we’ll get to tomorrow…
By Matt BirdCharacter, Know More Than You Show1 Comment
Read more...