How to Craft Dialogue: The Archive

How to Craft Dialogue: The Archive 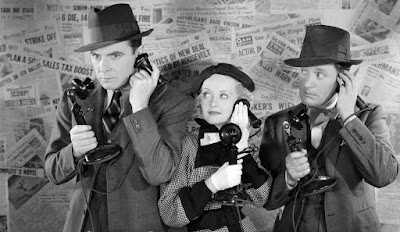 So, funny story: I go to archive my “How to Write Dialogue” series and discover that it isn’t in the sidebar, which seems weird.  So then I search for it.  It turns out that it doesn’t exist.  Because I never wrote one.  The other six sections of the checklist were based on series I wrote, but I apparently just cobbled together the Dialogue section of the checklist from “Storyteller’s Rulebook” posts I’d written.  So I decide that it’s high time this was in the sidebar, so I make a list of all the posts with a tag that says Dialogue, and I realize that I haven’t been doing this with the other categories, because it’s a ton of work, because I’ve written hundreds of “Storyteller’s Rulebook” posts.  Nevertheless, here you go: I never wrote this series so you get more than you could have asked for:

And here’s the last one: I found this gratifying: more than once on the site, Brandon discovers genuine polarized... read more

There are many types of ironic dialogue, some are intentional and others are unintentional.Sarcastic dialogue uses intentionally disingenuous phrasing... read more

Storyteller’s Rulebook: Dialect vs. Syntax in “The Slaves’ War”

I talked about dialect vs. syntax here and here, especially when dealing with poor black and poor southern characters,... read more

Best of 2013 #1: American Hustle (Assets, Liabilities, Interrupted Dialogue, and Cast How They Feel))

And so we finally arrive at American Hustle and three rules it exemplified. We'll do one long and... read more

So I finally finished “Avatar: The Last Airbender” and WOW. That may or may not be the greatest... read more

In the comments to Tuesday’s post, J.S. had some interesting things to say about empathy, so I’ll interrupt our... read more

Remember how shocked you were when I put out a new podcast episode, after more than a year away? ... read more

One of the most valuable and underrated skills a writer can have is the ability to write great tradecraft:... read more

Storyteller’s Rulebook #63: If They Hang Themselves, It Should Probably Be Accidental

When it’s time to define your villain, it’s always tempting to write a “Greed is good” speech, where the... read more

We’ve talked before about how characters shouldn’t extend each other’s metaphors. This is equally true for turning each... read more