Interweaving an Irreconcilable Theme: The Archive

Interweaving an Irreconcilable Theme: The Archive 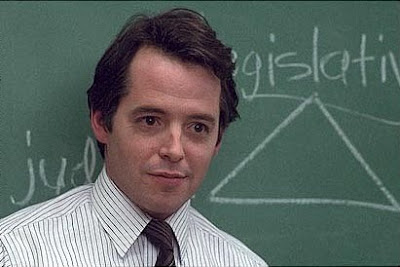 Well, it’s happened again, I went searching for my Theme series only to discover that I never did one!  As with  Dialogue, I apparently just stitched that portion of the Checklist together out of Storyteller’s Rulebook pieces, so I have to dump all my Theme pieces here and let you put it together yourself!

The Ironic Statement of Theme on “Community”

Last time we examined the brilliant opening speech of the “Community” pilot, so now let’s jump to the end... read more

Beyond Good vs. Sucky, the Conclusion: Theme

Okay, so now we’ve arrived at the last and least. No one is ever going to say “I... read more

Whoops, here’s one last post based on a comment on last week’s posts. Longtime commenter Harvey Jerkwater did... read more

Podcast AND Storyteller’s Rulebook #200: Don’t Ignore the Irony Inherent in Your Premise

A two-fer today!  First we have a new Podcast: I was once again a guest on James Monohan’s Narrative... read more

Best of 2017 Introduction, and Didn’t Make the List: Three Billboards Outside Ebbing, Missouri

Hi guys! So it was a pretty good year for movies. Unlike previous years, where my list... read more

Our First Video: Let Your Objects Do the Talking

As I said before, many critics said that Ava DuVernay was unfair to LBJ in Selma, but as Amy... read more

In the checklist, I recommend that you establish whether the physics of your world are realistic or stylized, but... read more

What I Liked About It: 2016 will always be remembered as the year the Klan conquered America, but it’s... read more

Storyteller’s Rulebook: The Ending Should Lean Towards One Side of the Thematic Dilemma

In the original post where I laid out the concept of a good vs. good dilemma, I talked about... read more